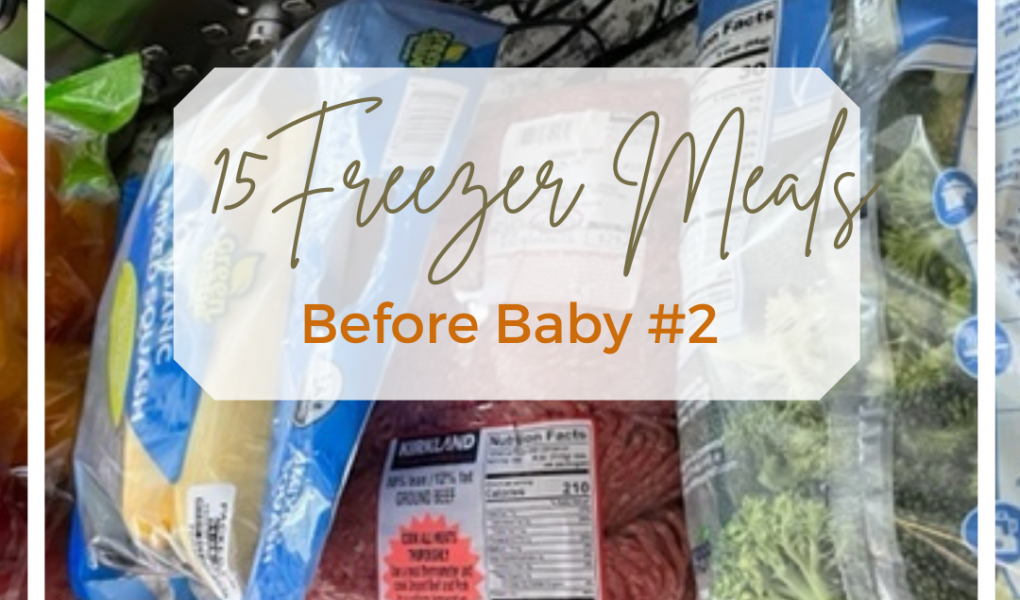 Before baby number 2 made his debut into the world I was determined to prepare at least 15 freezer meals. With my first-born I did not prepare freezer meals, as it was something I did not have enough time for but with my second baby I knew that it was a necessity.

After I made the decision that I wanted to make at least 15 freezer meals I began researching freezer meal recipes. I mainly used Pinterest to find the recipes; I also utilized an Aunt’s meatloaf recipe.

When looking for recipes I made sure to identify recipes that utilized the same ingredients to cut down on prep work and to also save money.

I tried to find recipes that didn’t require the crockpot for all of them. My husband and I enjoy a good crockpot meal from time to time but usually we find that the food gets over cooked and dry. Majority of the recipes that I found are recipes that get popped into the oven or cooked on the stovetop.

I made three separate grocery lists, one for Costco, one for Walmart, and one for Stater Brothers; since I was not able to get everything I needed at Walmart. For the recipes that contained the same ingredients I made sure to use Costco for those items; I utilized Costco also to purchase the meat for all of the meals.

Ready for Your Recipes? Here you go!

The baked ziti was really good! If I were to make it again I would add the sauce prior to putting it in the oven. It seemed as though the noodles absorbed all the sauce once frozen so it was a little dry. We added additional sauce once it was plated. I put this meal in foil trays since it goes in the oven; this allows for easy cooking and cleans up easily. The recipe made 3 dinners.

Spinach lasagna roll ups were really easy to make and tasted delicious! For easy cooking and clean up, I froze the meals in foil trays.  In total the recipe made 2 dinners.

Chicken and veggie meal was incredibly easy to make, in total it took about 20 minutes of prep time. This meal was placed in foil trays since it goes in the oven; this allows for easy cooking and cleans up easily. The recipe said it would make 2 meals but it ended up making 3 dinners in total.

Chicken teriyaki meal was very easy to make also and took very little time to prep the meal. This dinner I placed in Ziploc gallon size bags since it is a crockpot meal. The recipe made 2 dinners.

The meatloaf recipe was a family recipe and easy to make! It was fun to see what 5 pounds of hamburger meat looks like prepped. This dinner was put in foil trays since it goes in the oven; this allows for easy cooking and cleans up easily. This recipe made 5 dinners.

Since I used a family recipe the recipe that is attached is close to the one that I used but is not the same exact recipe.

All in all I was able to make more then 15 freezer meals because the meatloaf recipe made about 5 meat loaves in total. I ended up with 18 freezer meals, which will last us probably a good month because we will supplement some nights for cooking and eating out.

Taking on the task of making freezer meals before baby while in your third trimester is definitely a daunting task and something that can seem exhausting. But it truly is worth the time and energy it takes to prepare meals. It is incredibly helpful as a new mom or a mom again as it helps relieve the stress and pressure of having to meal plan, prepare a grocery list, cook, clean up, and all while taking care of a newborn or multiple children.

I wish that I had done this before my first son because it would have saved me so much time and energy! Also the great part is that I was able to make 18 meals for less than $150.00. 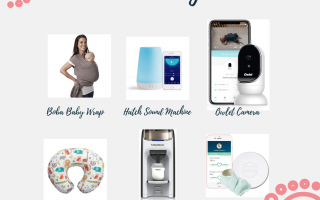 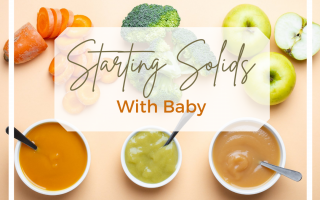 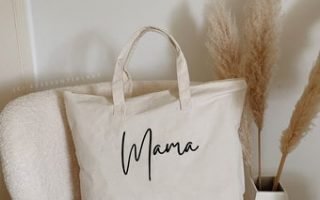 What to Pack in Your Hospital Bag for First Time Moms

No comments to show.